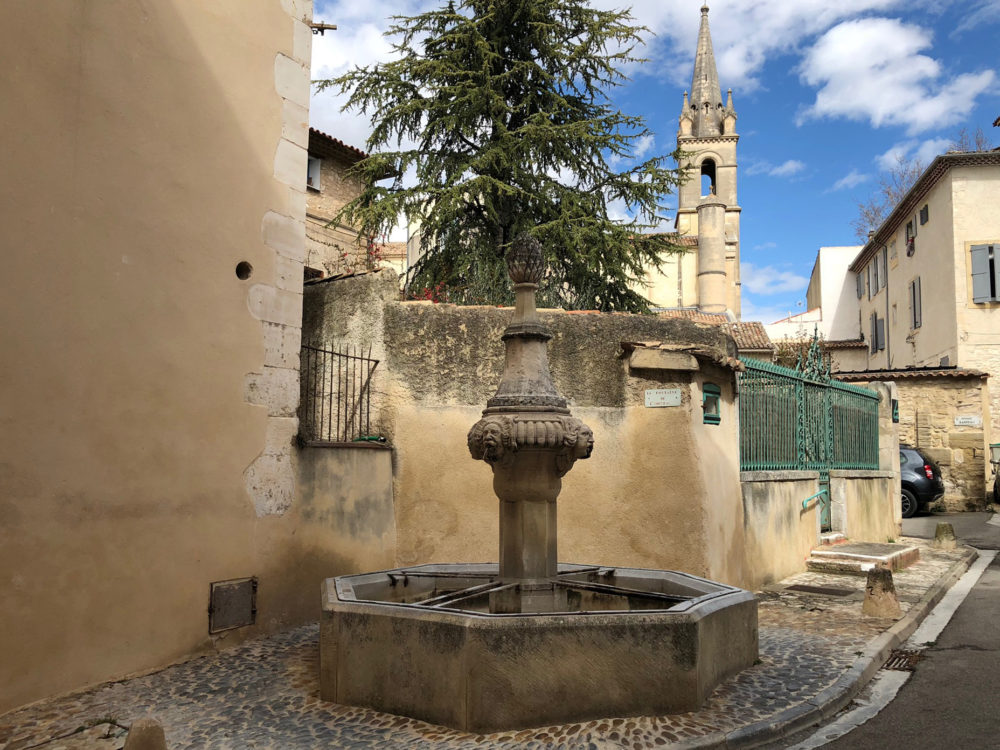 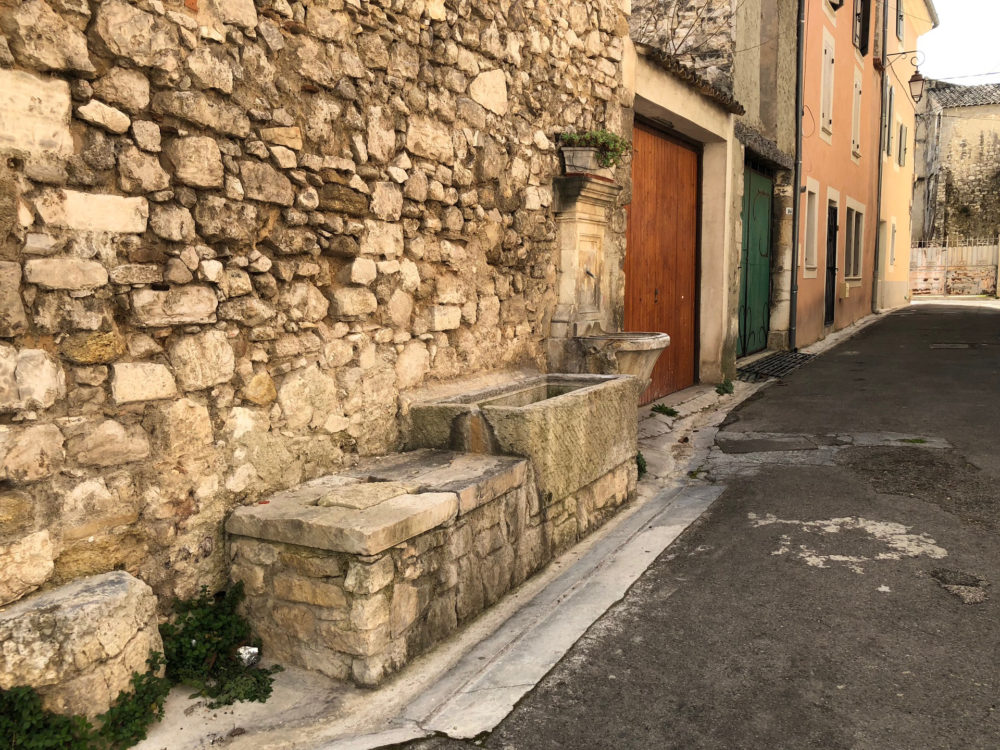 2. A charming wall and washing fountain. 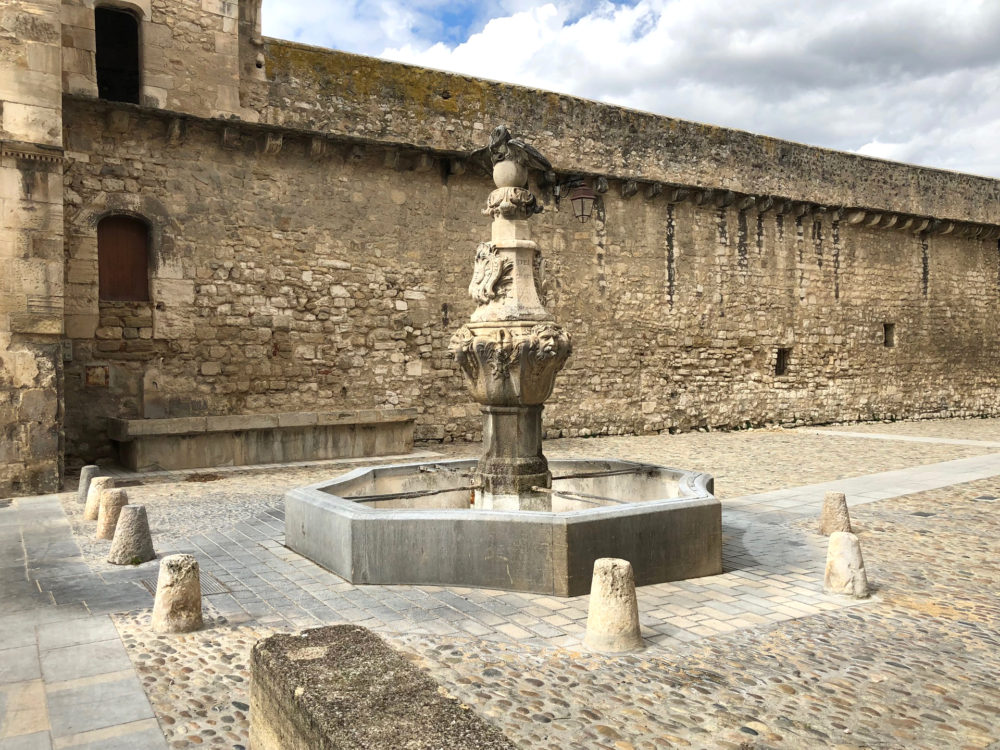 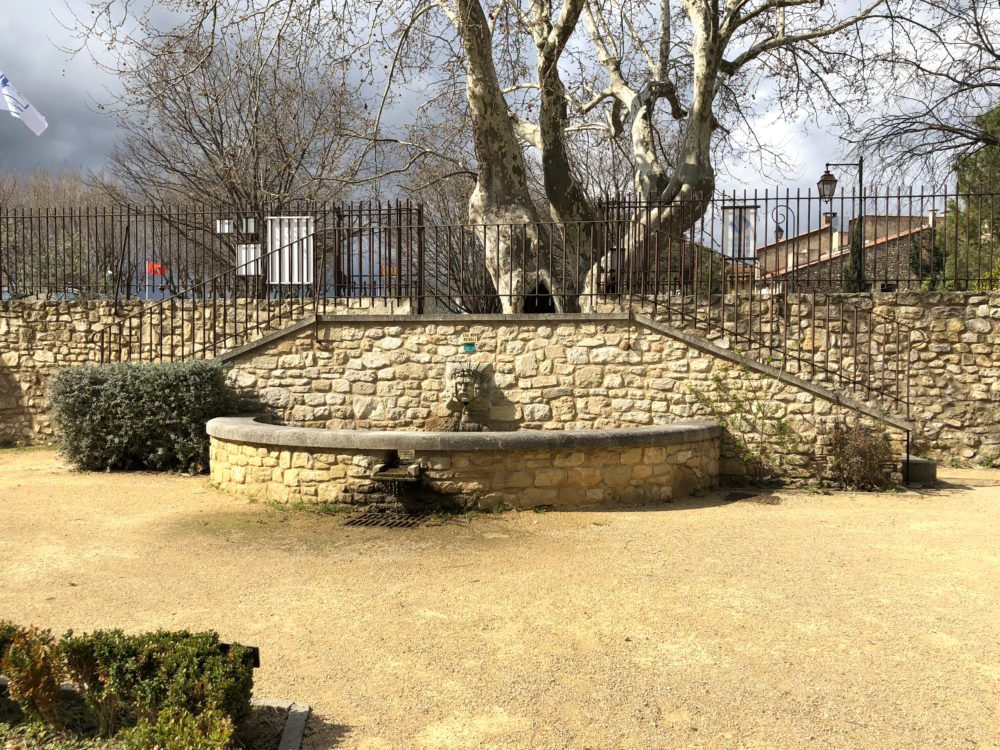 4. A large wall fountain with a mask. 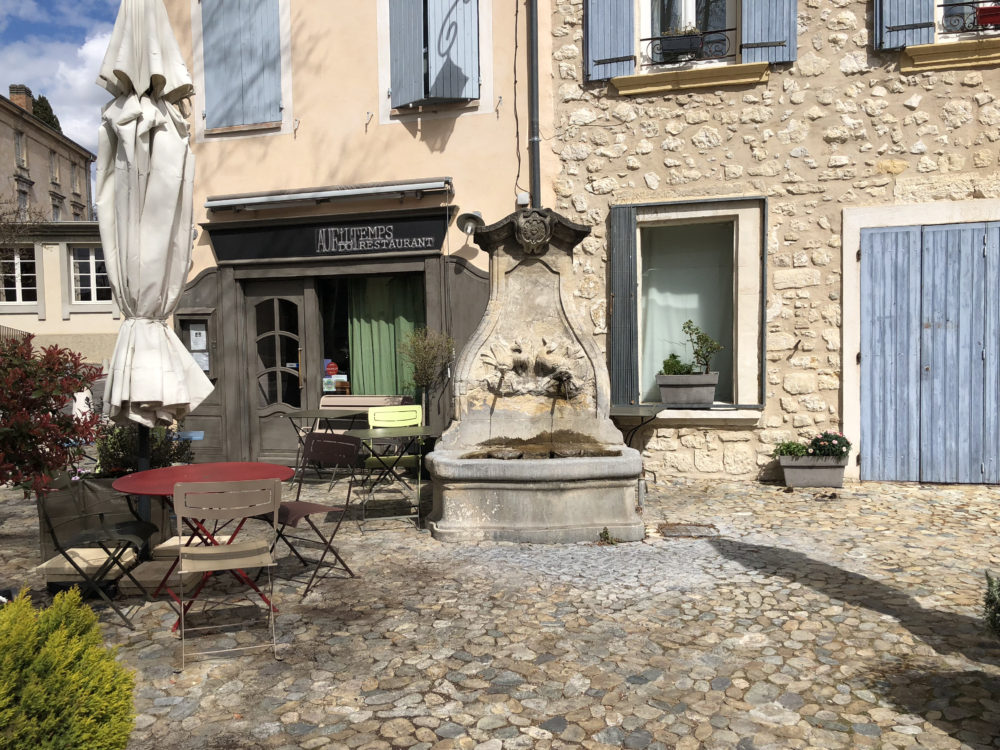 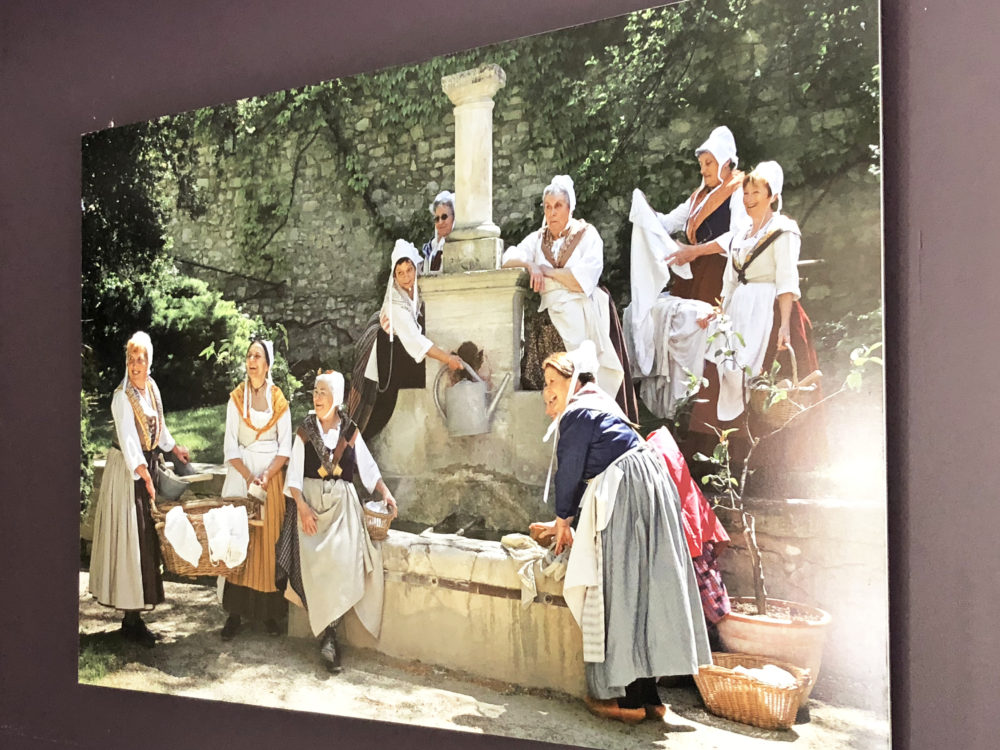 6. A typical day at a fountain in Provence in the late 18th / Early 19th Century.
Share This Post

The limestone fountains were a social gathering point where the women worked, washing clothes or vegetables. The men typically came to the fountains to discuss politics or to collect water for the animals or for the gardens.

Still today people rest in front of these refreshing and charming treasures to drink the water from the spring or just to admire the past.

The water in the towns was usually taken from the river or from wells. In the smaller villages, particularly in Provence many fountains were built. These fountains were just outside at a spring or at the entrance to a village, Often they were built on the same site as an earlier Roman fountain, from medieval times until the 19th century.

In the 16th century, a more sophisticated version of the wall fountain appeared, based on the design of ancient Roman street fountains. These fountains reflected the prestige of the town or village, and were usually placed in the central square, or a church.

Early 16th Century in the 16th century was the Fontaine ronde à fût, or barrel fountain was introduced. The design originated and was illustrated on ancient Greek vases from the 6th century B.C. The fountain was free-standing, in the center of a square. It was composed of a circular stone basin, in the center of which was a stone column connected to one or more canons.

A third common type of village fountain was the fontaine à bulbe, or bulb fountain. It worked in the same way as the barrel fountain, except that the basin was located in a separate bulb-shaped stone container, and placed on top of column. The spigots were attached to the bulb rather than the column. The masks through which the water flowed were frequently carved directly onto the stone of the bulb.

Image 1: The Fontain de l’Hopital with the masks is a beautiful example of a Fontaine a Bulbe and was installed in 1760 and was formerly in front of the old Hotel des seigneurs de Crillon, Duc de Berton, and had been then turned into a hospital. Les Fontaines de Pernes, Provence.

Image 3: The Fontaine du Cormoran was contructed in 1761, and had replaced two fountains built in 1605. The name derives from the hand carved cormorant, which is magnificently carved together with an eel and a fish onto the sphere on the top of the fountain head. Les Fontaines de Pernes, Provence.

Image 5: The Fontaine des Augustins and was constructed in 1781. The inter twined dauphins serve as spouts and spits the water into a water basin. The backsplash is adorned by the shield of the town. Les Fontaines de Pernes, Provence. 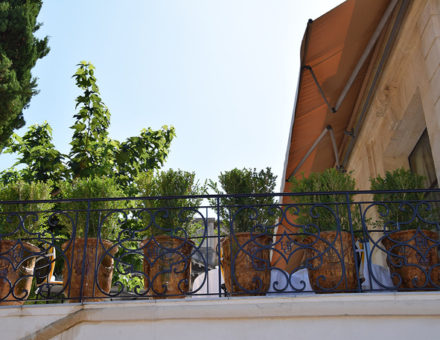