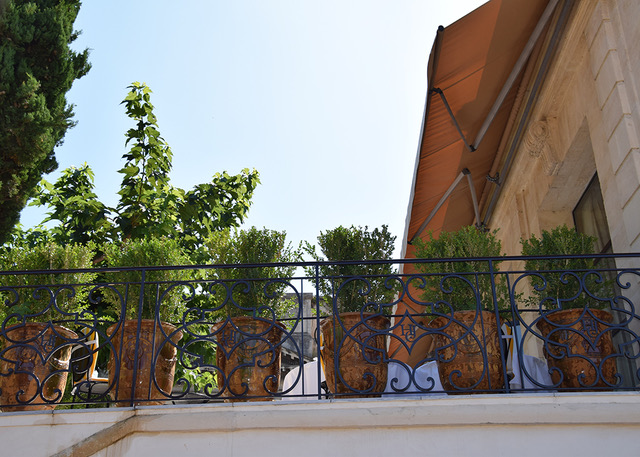 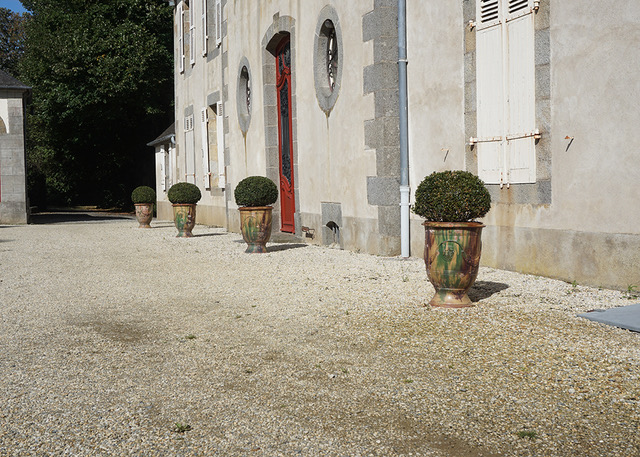 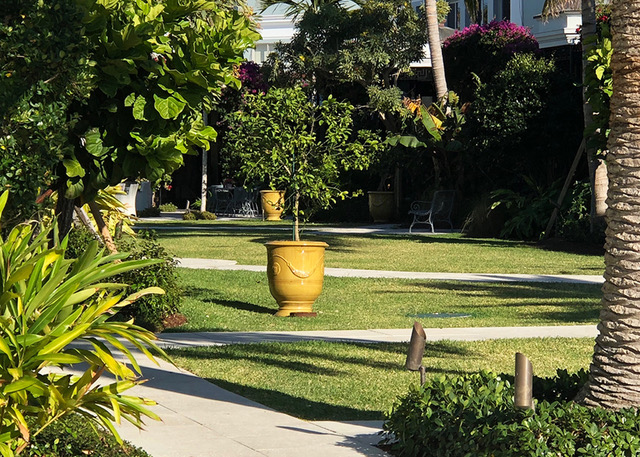 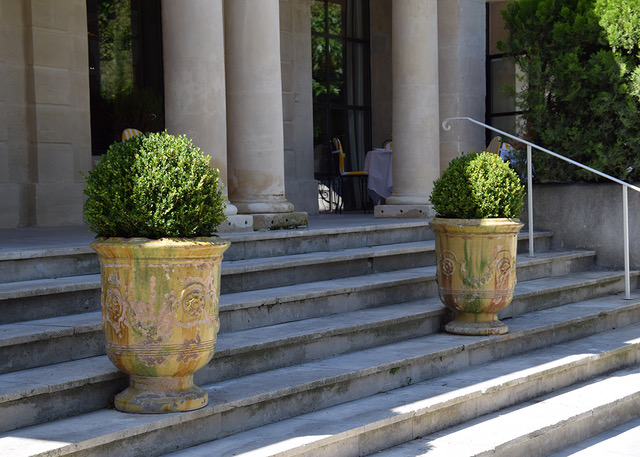 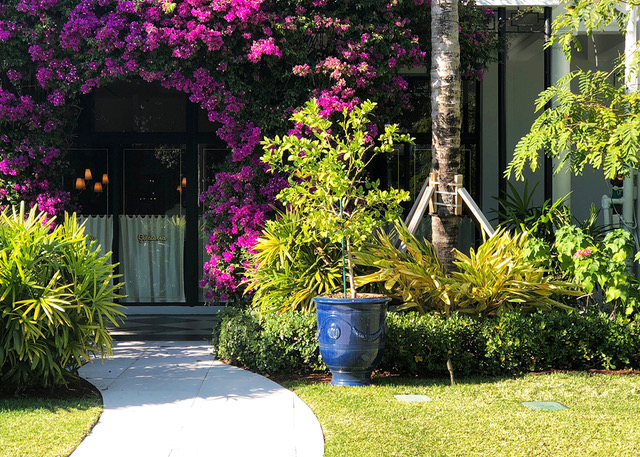 The town of Anduze in the South of France is very well known for it’s colorful glazed and large garden planters. Many of the Manor houses, large parks, and historical sites are decorated with these beautiful artisanal urns. The weight of these urns can be up to 240 LBS, and traditionally trees are planted into them, such as small orange, lemon and olive trees. Herbs are often used to embellish the garden vessels such as lavender, thyme, boxwood topiaries.

The technique of the handmade pottery in Anduze is centuries old. The story of the Vase d’Anduze began in the 16th century under the reign of Henry IV, when a potter was inspired by a Medici vase he had seen in Florence, Italy. Originally this garden pot was made in a flamed color, the glaze had been applied in green, brown and yellow streaks. It was of bulbous and of upwardly open shape and had been combined with the heraldic shields, garlands of flowers and horizontal stripes. The craftsmanship of these French garden planters quickly spread throughout the region of Provence and all of France.

It was said that the Orangerie of Versailles had possession of the most beautiful collection of large vases of Anduze. Still today, many gardens and parks are decorated with these masterpieces. Giving them a royal, and grand ambiance.

The artisans were successful in producing the pottery of Anduze, however, in the 20th Century clay became scarce and ceramics were industrially manufactured. Many artisans had to give up their shops and ateliers, but the Vase d’Anduze survived. The design of this glazed pottery has endured through contemporary artisans, who still make these vessels by hand the same way their ancestors did.

Throughout the century the traditional planter was joined by elaborately painted and burned designs, finishes from high gloss to antiqued finish and available in many sizes from 12” – 41” in height. In combination with the classical vase you will often see the garden lights in Terra Cotta and the tazza.

Anduze planters are normally not frost proof and should be covered or moved indoors before any frost occurs.