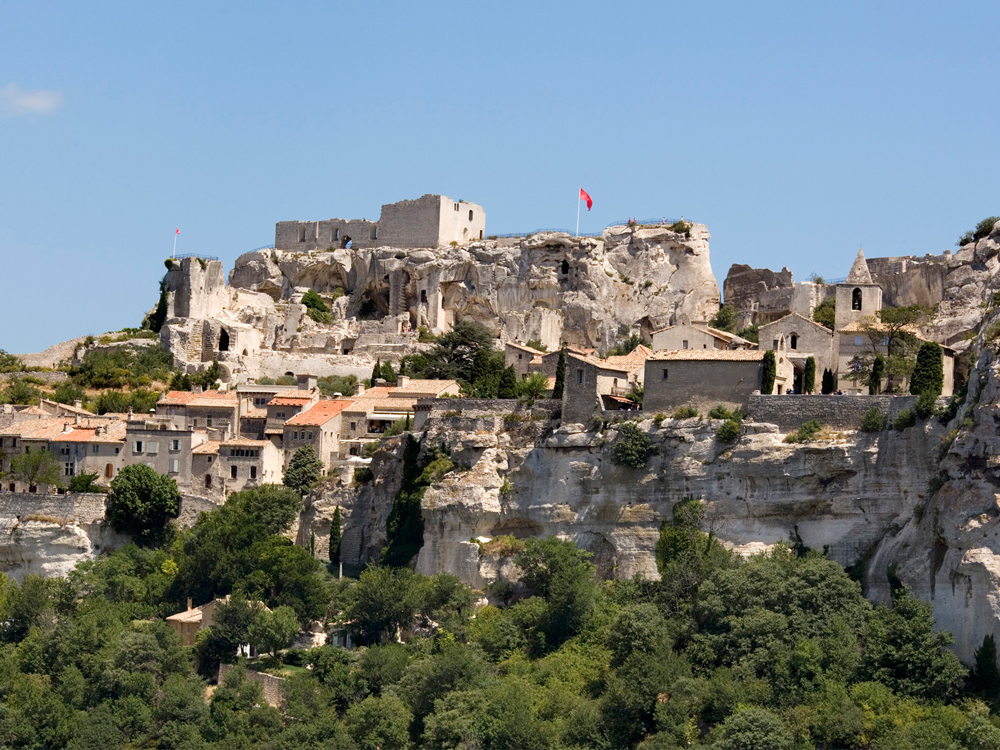 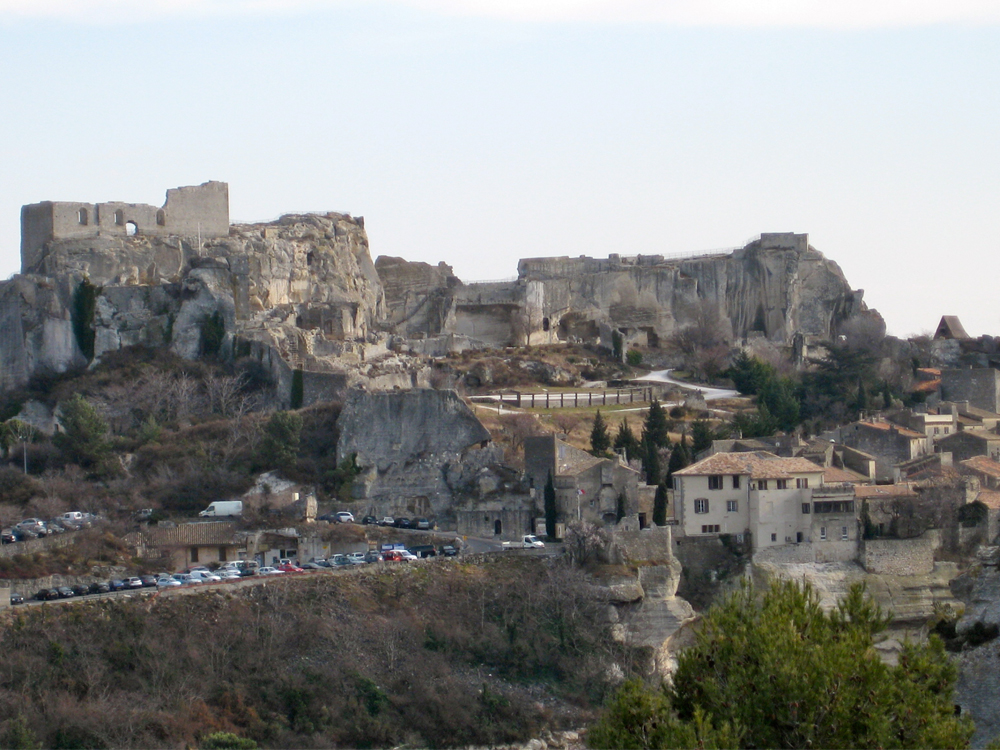 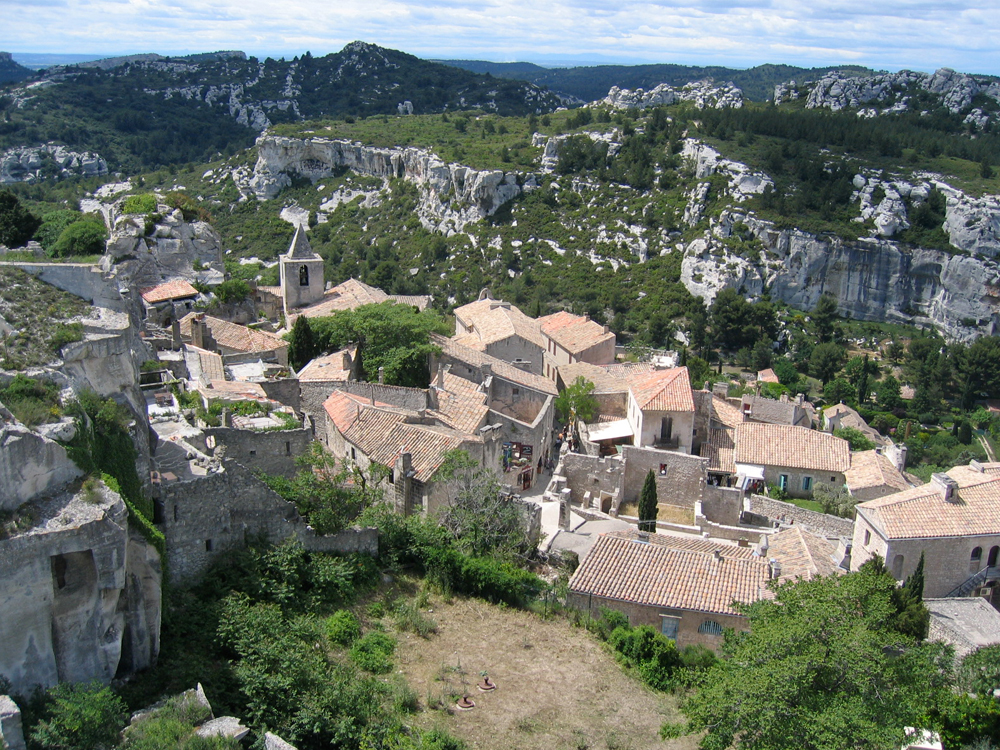 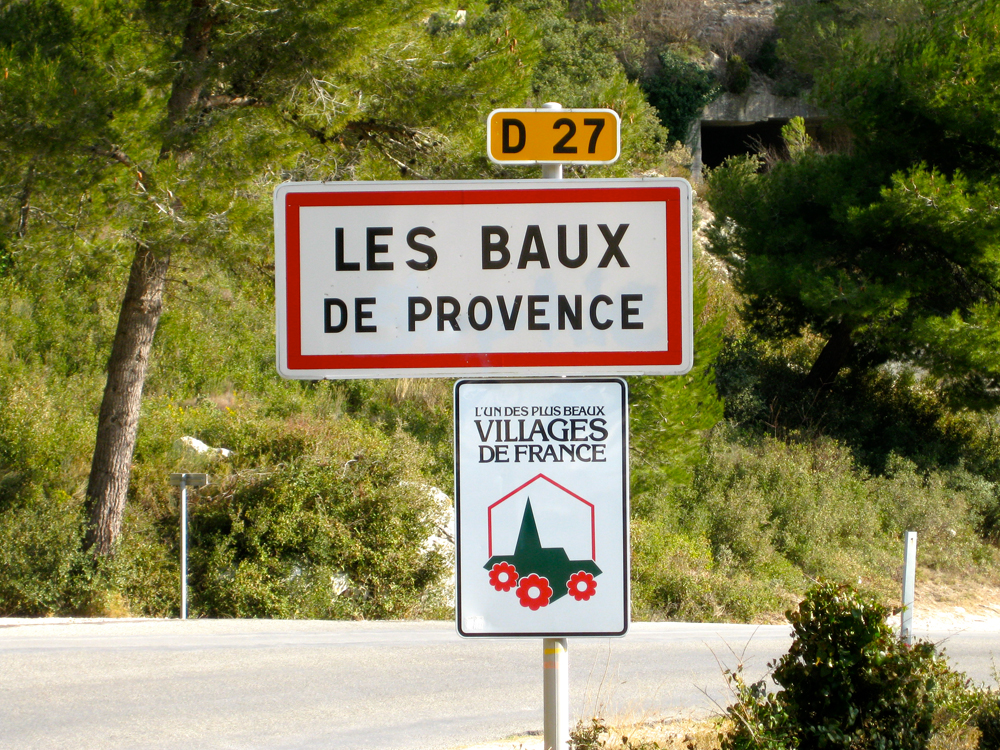 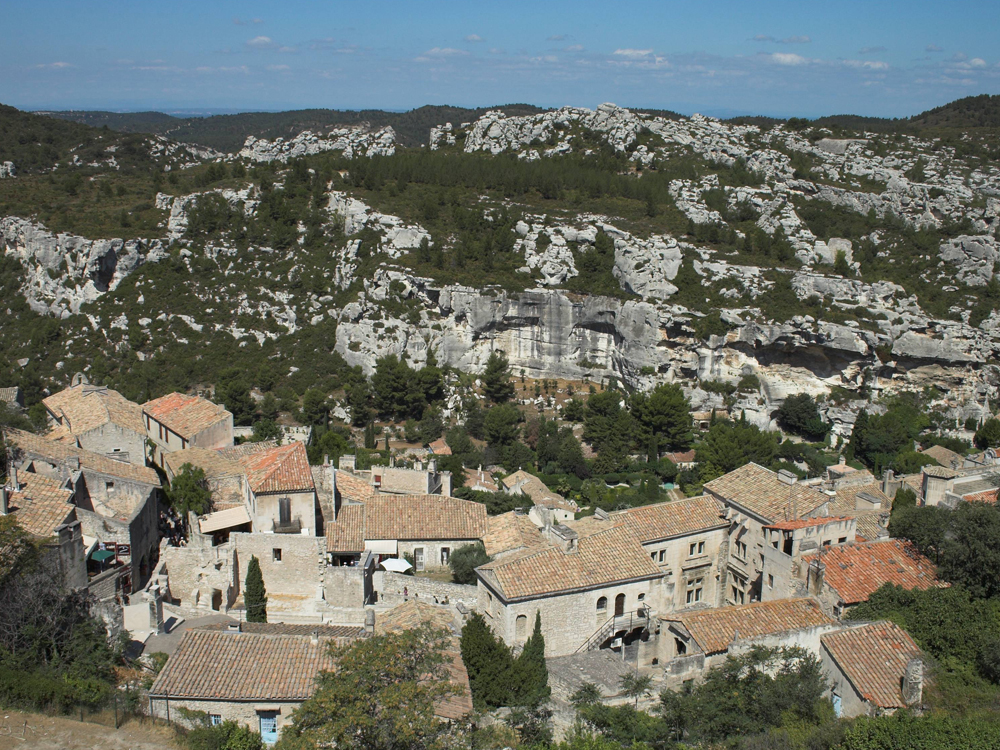 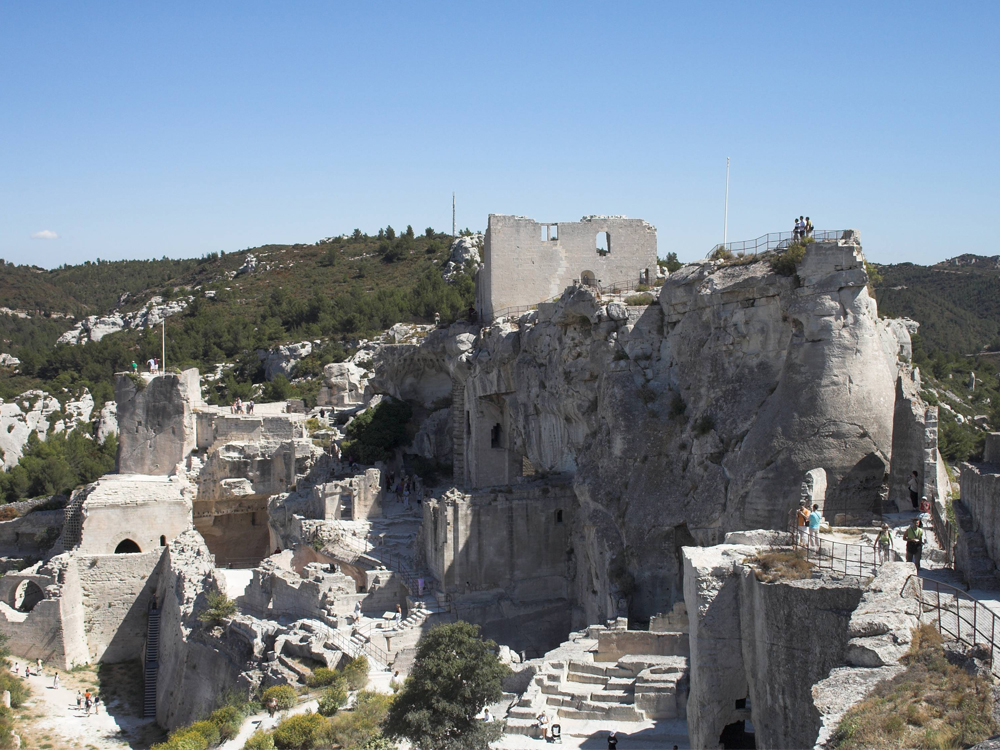 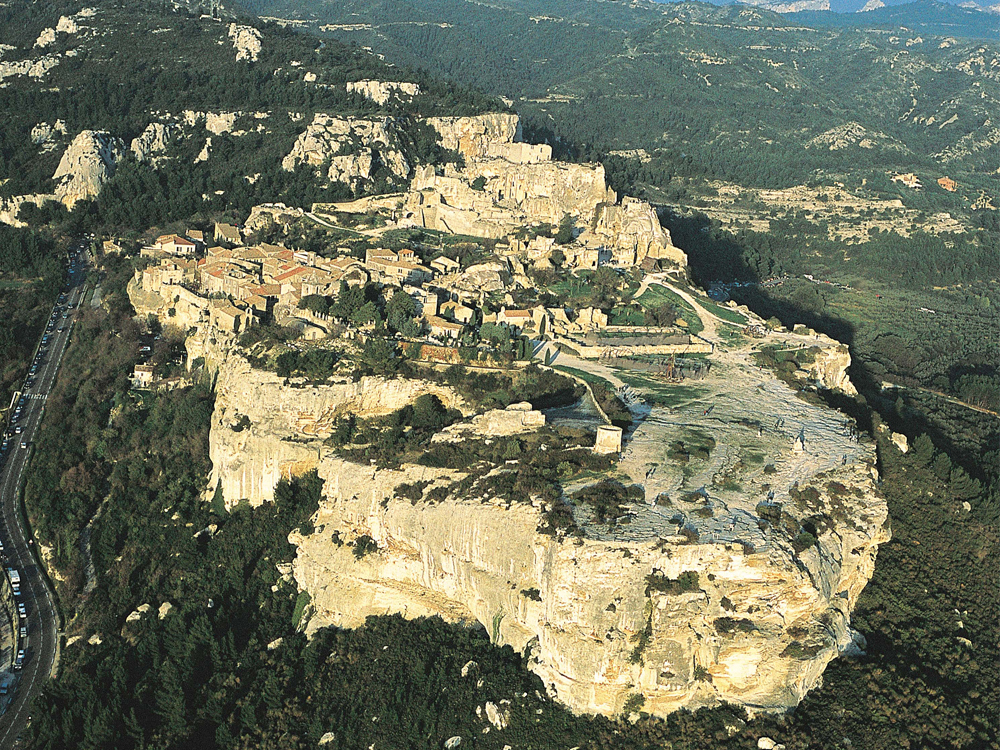 Les Baux is a French commune in the Bouches-du-Rhône department of the province of Provence. Les Baux-de-Provence is located in the foothills of the Alpilles in the Parc Naturel Regional des Alpilles 22 km south of Avignon and 15 km north-east of Arles. The defensive capabilities of Baux have always made it an attractive location for human habitation. Traces of habitation have been found and dated to 6000 BC.
It has a spectacular position in the Alpilles mountains, set atop a rocky limestone outcrop that is crowned with a ruined castle overlooking the plains to the south. Its name refers to its site: in Provençal, a bauç is a rocky spur. The name bauxite (Aluminium ore) is derived from the village name when it was first discovered there by geologist Pierre Berthier in 1821.

As a medieval stronghold on the borders of Languedoc, Comtat Venaissin, and Provence, the fortress had a turbulent military history and has been the subject of many assaults. The solid dungeon that still dominates the village today reiterates the importance of this castle which was a desirable possession in the Middle Ages.

It has been named one of the most beautiful villages in France.